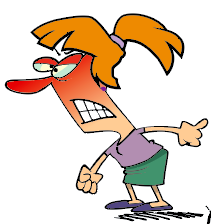 Part 8 of the 12 part series: Why Drama is so important in School. – EMPATHY EMPATHY defined: the ability to understand and share the feelings of another. Empathy is something that we as parents and educators try to instill in our kids from a very early age. Understanding what another person is going through or feeling can… 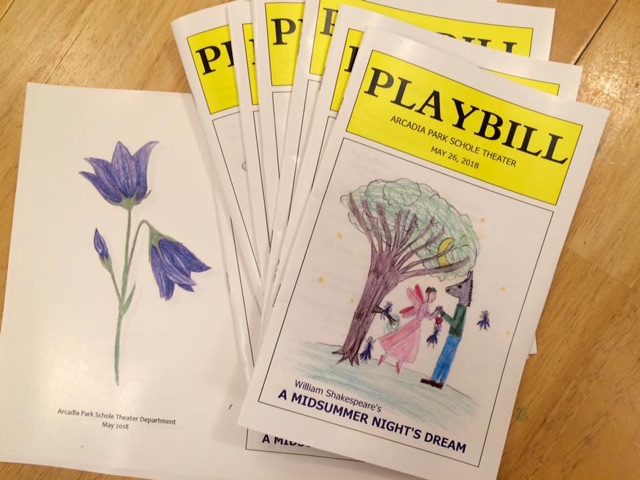 This is a short post about an activity you can do with your kids as you get ready for the show.  As many of us directors know, there are an endless number of things you can do to prepare for the performance.  IN NO WAY, am I suggesting that you need to do a lot of things to have a successful performance.  ( I typically do very few and the kids still have a blast!) However, in many cases, there are extra things that you and/or your kids will want to do.

One of those fun and creative things is to create a brochure for the show.  Some people call this a playbill. And one such homeschool mom created a wonderful playbill for her parents during their performance of our version of A Midsummer Night’s Dream for Kids. As you can see from the photo, they did a wonderful job!

This is a great homework or extracurricular activity for the kids.  Someone can figure out how to lay this out on the computer, other’s get to draw for cover and back cover, and others get to print and assemble them together. It’s another hands-on learning experience.

Well, if you do this for your next play, please, let us know and send some photos! 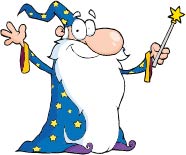 This is a quick post about a couple ideas that are awesome, and all credit goes to an amazing homeschool mom, Amy.

Recently Amy directed her small homeschool co-op in one of our plays, The Tempest for Kids. In doing so, she decided to perform it in their backyard, inspired by our own Backyard Shakespeare. That being said, she quickly renamed it, BackBARD Shakespeare… clever!  But, her ideas did not stop there, no.  Her kids and she came up with a couple other brilliant ideas that I think many of you directors of creative drama students could use.

First, the kids did a commercial halfway through the show. How awesome is that?  Part of their homework was to create a “Shakespearean” commercial, and plan, write, block, and direct it.  Brilliant for kids who either have smaller roles or need a bit more to keep them occupied and challenged.

Second. Create an epilogue. Now, some of Shakespeare’s plays already have an epilogue, but many do not. With The Tempest, there was none and the kids were very curious about what was going to happen when (spoiler alert) the gang got off the island and Miranda and Ferdinand got married!  So, again, the kids wrote and directed their own piece and it turns out that they had a baby! (cut to one of the small homeschool siblings now coming on stage as their “son”)

Too cute and a classic great use of education!  Bravo! Well done Amy!  I can’t wait to see what’s in store for the next show! 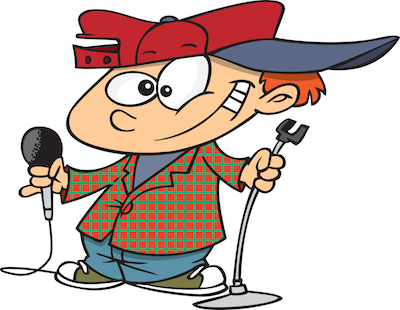 I was talking with a mom earlier this morning, and she said something very interesting. She said that her daughter loves my drama classes, and talks about me frequently when it comes to drama. Although I’m glad I inspire the kids, it’s not the point of this story. What is interesting is she followed up… Backyard Shakespeare. What is that, you may ask. Well, it’s a very ingenious and creative way to engage homeschooled kids with Shakespeare, education, language arts, drama, and most importantly, fun!

I recently had the privilege to teach a group of 7 kids Playing With Plays The Tempest for Kids and we had a BLAST! Best part, we did it in the backyard of a house of one of the homeschooling families.  Their deck was a natural stage. So, a few costumes, a few scripts, a few rehearsals, and BAM! We’ve got a fun, melodramatic Shakespeare play performing in the backyard!

I’ve seen this done in the past with many of my plays, but this was the first time I got to do it. The best part, you can do a performance ANYWHERE! The parents bring a blanket or lawn chairs, and you have an instant theater! 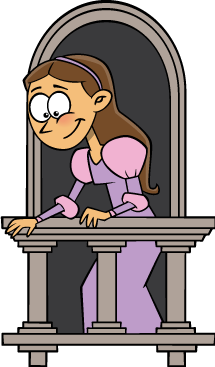 So, I just performed Romeo and Juliet with a bunch of kids yesterday, and there were some fun anecdotal events that occurred that I just have to share! Maybe you can integrate these into your performance someday. First of all, Star Wars is all the rage, so Tybalt decided to walk out on the stage with a light…