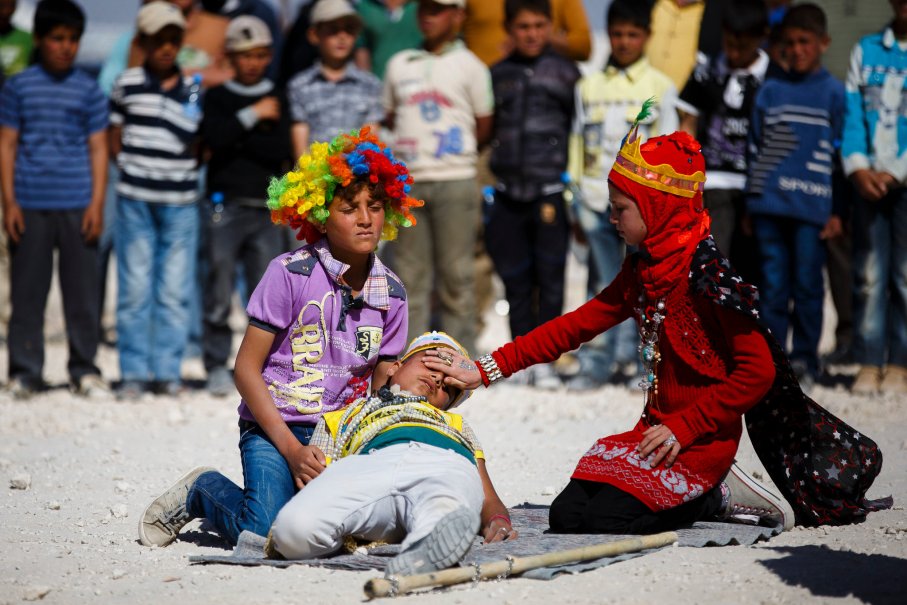 At the Zaatari Refugee Camp in Jordan, thousands of Syrians are seeking refuge from a country torn down by civil war.  They are living in tents, some nights freezing, and in search of just basic needs such as water and food.  In an effort to bring enlightenment and laughter back into their lives, many of these Syrians are kids have decided to perform Shakespeare’s King Lear.  With no stage or costumes, these Syrian kids really know how to use their imagination.  A truly inspiring article by the NY Times Ben Hubbard and an amazing show of how Shakespeare is still touching lives all around the planet, even behind barbed wires during an oppressed time.   Thank you Ben, for opening our eyes to where Shakespeare has reached.

You can read the full article here.